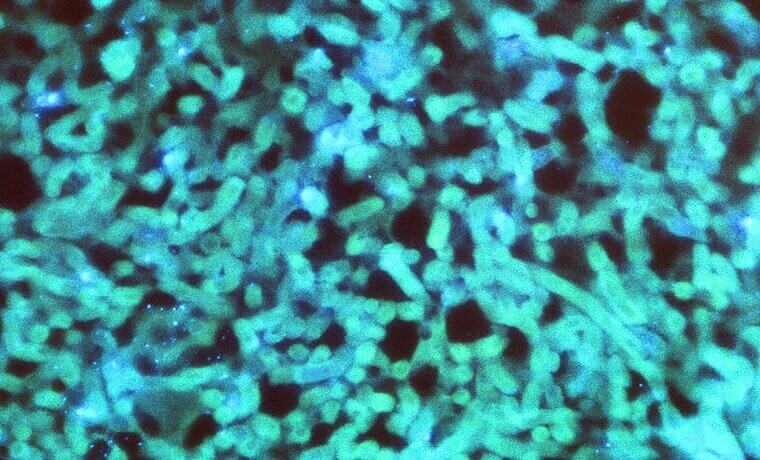 This is a highly specific antibody against alpha2 Adaptin.

For facs or microscopy Alexa 1 conjugate.Alexa Fluor 488 has the same range to that of fluorescein isothiocyanate (FITC), yet the Anti-alpha2 Adaptin has a very high photo stability. As a result of this photo stability, it has turned into an antibody for fluorescent microscopy and FACS FLOW cytometry. It is distinguished in the FL1 of a FACS-Calibur or FACScan. Also Alexa Fluor 488 is pH stable.If you buy Antibodies supplied by Bioss Primary Conjugated Antibodies. ALEXA FLUOR they should be stored frozen at - 24°C for long term storage and for short term at + 5°C.

Clathrin-mediated endocytosis is the pathway by which many receptors for nutrients and hormones are internalized to be recycled or down-regulated. During formation of clathrin coated membranes, clathrin co-assembles with heterotetrameric molecules known as assembly polypeptides (APs) or adaptors which form a layer of protein coat between the clathrin lattice and the membrane. There are two characterized adaptors AP1 and AP2. AP1 is associated with clathrin coated vesicles at the trans-Golgi network and AP2 is associated with the endocytic clathrin coated vesicles at the plasma membrane and has been shown to specifically interact with Shc and EGF receptor. AP2 is composed of four subunits, two separate 100 kDa gene products with similar domain structures (alpha and beta adaptin) and a 50 and 17 kDa subunit. There are two alpha-adaptin genes, alpha A and alpha C which have a tissue specific pattern of expression.